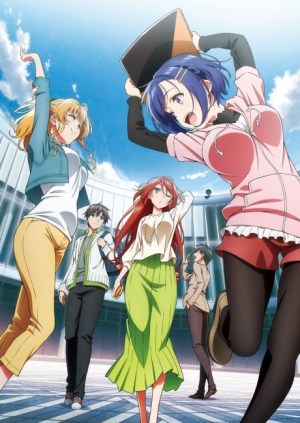 28-year old Hashiba Kyouya has hit a new low after losing his job at a shady game developer. He originally quit his steady office job to work in the creative industries that he admires, but it's proving to be a challenge even for a motivated go-getter like him. As he finds himself back at his parents house, between jobs, he can't help but wonder what would happen if he had a chance to redo his collegiate studies. Maybe things would turn out differently if he had gone to art school instead... and, shockingly enough, he might just get a chance to test that theory.

Note: The first episode aired with a runtime of ~51 minutes as opposed to the standard 24 minute long episode.